In recent years, the main business carried by the access network is gradually changing from voice and data to video and image. This requires a high-speed, symmetric, large-scale (20km) access network to connect to the metro/backbone network and the customer network. Traditional access networks have gradually failed to meet this demand, and fiber is considered to be the medium of access network because of its near-infinite bandwidth. Fiber-to-the-home (FTTH) has also become the ultimate choice to meet the skyrocketing bandwidth. In order to make full use of fiber and equipment resources and save operating and maintenance costs, people choose a point-to-multipoint passive optical network (PON) for access. On the basis of this, the realization of the "three networks in one" of the integration of traditional telecommunication networks, computer networks and cable television networks is a feasible and effective solution to further reduce costs, and is also a general trend of network development. 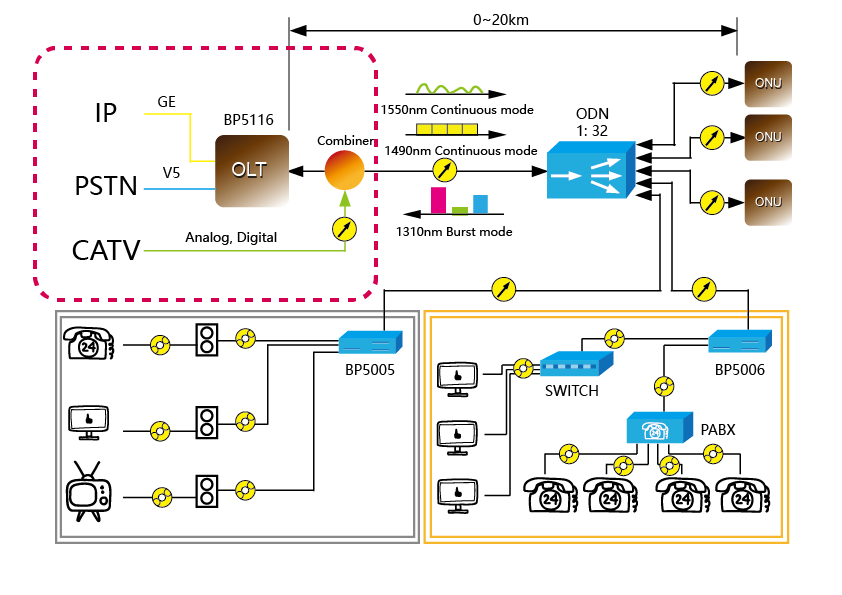 FIG.1 Schematic diagram of FTTH scheme based on FON structure

At this stage, CATV signals mostly use analog modulation, and the carrier-to-noise ratio (CNR) is an important indicator to measure system performance. When CNR > 50dB, the human eye is not aware of the damage of the image. The relevant standard in China stipulates that the CNR of the receiving end of the CATV user is not less than 43dB. According to the relevant theory of the analog modulation system, in order to obtain a high CNR at the receiving end, it is necessary to reduce CNR degradation during line transmission and improve the optical power into the receiver (-6~2dBm, typically -1~0dBm@1550nm). ), that is, increase the transmit power of the central office CATV signal. In the actual triple play application, the processing of the central office CATV signal is often as shown in FIG.2 (corresponding to the red dashed box in FIG.1).

Consider the 1550nm signal optical power of the CATV-bearing CATV that participates in the multiplexed wave is 16dBm. When N > 8 in Figures 1 and 2, the total output power of the optical amplifier OA should be > 27dBm (assuming the inherent loss of the Splitter and the connector is 2dB). This is very difficult for the conventional EDFA, both in terms of technology and cost. The high power fiber optical amplifier (HFA) uses Erbium Yetterbium co-doped double-clad fiber and lateral cladding pump technology, and its maximum output power is 39dBm, and the price per MW is significantly lower than that of ordinary EDFA. Table 1 shows the performance specifications of the OPAMS integrated with HFA and 1310+1490/1550WDM. 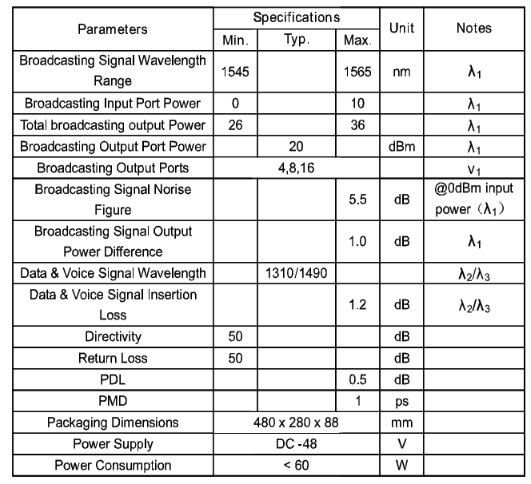 Among the various indicators of the optical amplifier, the noise figure NF is a key parameter that determines the amount of CNR degradation of the system introduced by the optical amplifier. From the data in the table, it can be found that the NF of the HFA is equivalent to the high power optical amplifier EDFA. In addition, the fiber of the HFA is not long, and the CSO and CTB of the system will not decrease significantly. The experimental data also shows that the system CSO/CTB cost introduced by HFA is not significantly different from the conventional EDFA. Therefore, HFA and HFA-based OPAMS can meet the application requirements of CATV systems and triple-play systems with large optical nodes, which can effectively reduce costs and make up for the shortcomings of conventional EDFA.

In the era of information explosion, in order to meet people's growing bandwidth requirements, "light into copper retreat" is an inevitable trend. As the fiber advances to the user (up to FTTH), the system's power budget must be higher and higher. Therefore, we believe that high-power fiber amplifiers will have a role in the continued development of optical networks.